Dr. Samonte had a hands-on experience in the Shinagawa way of innovative procedures & techniques with the mentorship of Dr. Wada. “I had a very fruitful and informative days while working with Dr. Wada. I had the privilege of learning new thread techniques, transconjunctival blepharoplasty, facial liposuction, fillers and botulinum toxin use” – Doc Anthony John Samonte

Here are the advanced medical techniques of cosmetic procedures that they’re using in Japan:

1) New thread face lift technique. This is a recommended cosmetic treatment for sagging cheeks and laugh lines. With the new technique, the thread is inserted on the the targeted area for best results. It’s an instant way to have a fresh and less tired look without undergoing a surgery.

2) Minimal invasive lower eyelid blepharoplasty. Uses a different method in removing eyebag through transconjunctival lower-eyelid technique. With this technique, the excess skin is removed by accessing the fat from inside the eyelid instead of cutting through muscle and septum intact which is the case in normal blepharoplasty. With this, there is a minimal scars, and downtime.

3) Facial contouring using liposuction. Overweight or not, there maybe fat on your face and neck that you want to remove. This fat can be removed permanently through facial liposuction. The technique uses cannula which is connected to a suction pump to do the fat cells extraction. It is a safe cosmetic treatment for skin tightening and facial rejuvenation with minimal downtime.

With these new medical procedures, Dr Samonte is confident that he is using the best technique and procedures applied to patients here in the Philippines. For cosmetic doctors, the satisfaction of their patients is their fulfillment. With that, they never stop learning just to give their patients the best possible aesthetic procedure. 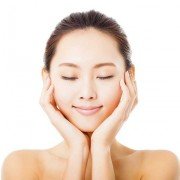 Platelet Rich Plasma, or PRP, is a fraction of your own blood drawn off and spun down and then reapplied or injected to create improved tissue health. It is a biological skin rejuvenation treatment to regenerate epidermal tissue.

PRP is the ultimate biological skin rejuvenation treatment, as the platelets are very small cells in your blood that are involved in the clotting process and tissue repair. As they are organize in the clot they release a number of enzymes to promote healing and tissue responses including attracting stem cells to repair the damaged area.

Platelet rich plasma – PRP – has been shown to improve skin texture and tone as well as fine lines and wrinkles. By placing it into the deeper skin layer fibroblasts and other cells can be stimulated to a more youthful function. Areas like the periorbital area (around the eyes) and in necks can show dramatic improvement.

There is minimal downtime with natural looking results.

For aesthetic application it would be best to wait for three months or so after the third treatment session of platelet rich plasma – PRP – before being able to take note of the outcome.

The Platelet Rich Plasma therapy cost in the Philippines is quite reasonable nowadays.

At Shinagawa, we offer the most comprehensive and reasonable aesthetics services including PRP therapy and PRP hair repair treatment.

The Facial Slimming Procedure That Will Change Your Life

One of Shinagawa’s premium service “ShrinkAge” was featured in one of the leading online magazine. Find out what the writer has to say about this treatment.

The Secret to Look Younger

You don’t have to go under the knife to achieve a young looking skin.. Shinagawa latest beauty breakthrough introduces non-surgical facelifts, 3D Angel Lift and Reign Lift. This aesthetic services will bring back your youthful skin, tighten your skin, and elimate those unwanted wrinkles.

The name Masako came into prominence in 1993 when Masako Owada, an independent and career-minded young woman, married into the Japanese royal family, and became the Crown Princess. And that’s what came to mind when I learned that the esteemed lady behind the success of Shinagawa Lasik and Aesthetics Philippines, the first and only Shinagawa facility outside Japan, is also another Masako – this time Masako Uemori.

“I came from a close-knit family who lives in Okayama, Japan. I only have one sister. I moved to Tokyo through during the 90s.” Blessed with a supportive mother, Uemori hitched her star to the career bandwagon to become the successful epitome of the present day career woman.

Talking about her beginnings – “I finished a degree in English Literature in one of the universities in Japan and I began to work right after graduation. I started working as a sales staff and rose form the ranks over the years.”

True enough, when Shinagawa Lasik and Aesthetics Centre opened its facility in the Philippines in 201, to serve the fast-growing market for medical tourism in the Asia-Pacific region, they only have one person in mind.

Four years under her capable hands, Shinagawa Lasik and Aesthetics Philippines distinguished itself by providing the best, safest, and most accessible and affordable services not only to Filipinos but to wide foreign clientele. The establishment also assures you the best from their combined Filipino and Japanese expertise – from LASIK to non-invasive and highly effective Aesthetics procedures and Orthodontics and dental care.

Sure, we all have our own beauty insecurities, but the good news is, Shinagawa Lasik and Aesthetics is here to stay.