All roads led to the Music Museum in Greenhills last June 19, 2015 as 3 of the biggest names in OPM, Joey G., Top Suzara and Jinky Vidal came together for a special one-night only concert entitled “3 Voices, 1 Journey.”

Top Suzara and Jinky Vidal once fronted Freestyle, one of the most successful Pop/R&B bands in the country. Though they have since left the band to take on solo pursuits, they continue to make great music which continue to give life to Original Pinoy Music.

Earlier this year, Joey G. stepped down from being the vocalist of Side A, widely regarded as the “premiere band of the Philippines.” After three decades of being the frontman, he has ventured out to pursue a solo career. The night marked one of his first major concerts as a solo artist.

Shinagawa was privileged to be one of the major sponsors of this much awaited night of music which brought joy to many longtime fans and OPM lovers of all ages. 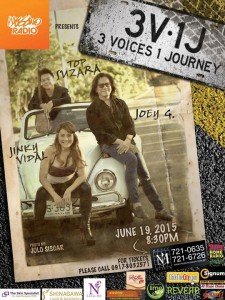 All health buffs flocked to “Play All Day” at the Playground at the Molave Bldg. in Chino Roces Ave., Makati last June 20, 2015 for the much anticipated Health Junkie Boot Camp 2015. But it was a Saturday of fun fitness activities and engaging, informative talks about skin care and nutrition.

The day started off with an invigorating Zumba Class followed by a Skin Care Talk. Then, all participates experienced Circuit Training, most of them for the first time. After a hearty lunch, there was a relaxing session of Flow Yoga and then a Nutrition Talk. To cap off the exciting day, there was a Zumba Party!

Shinagawa Lasik & Aesthetics was happy to take part in this enjoyable day which brought all like-minded health conscious consumers together. It was a celebration and a great opportunity to share knowledge and insights about the growing community of health junkies in the Philippines. 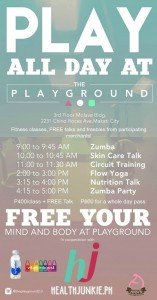 Last June 19, Shinagawa participated in a day of Wellness at the Globe Telecom’s Corporate Headquarters in Bonifacio Global City, Taguig. With over 4,000 employees, the main hub of one of the major providers of telecommunication services in the country continues to innovate and inspire change in the way we their employees live their daily lives.

At the event, attendees were delighted to find freebies and special offers from Shinagawa exclusive to the event. It was a great opportunity to raise awareness about taking care of oneself as a key ingredient in achieving success.

One of the most luxurious first-class resorts in the country, Club Punta Fuego, located in Nasugbu, Batangas has welcomed Celesty to be part of their many world-class amenities and services.

Just a 2.5-hour drive from Manila, the tranquil and secluded resort has been the destination of choice for quick holiday weekend trips, business outings, or family getaways.

As Shinagawa and House of Celesty continues to be in partnership with Club Punta Fuego, we hope to provide our loyal clientele with the most luxurious and premium products made with the highest quality they deserve.